We want to make development for the web visual. So, we're building a tool, Blocks, that can:

It's still in the very early stages of development, but Blocks is being built in a way where different layers of the library can be used in different ways by projects with varying needs. 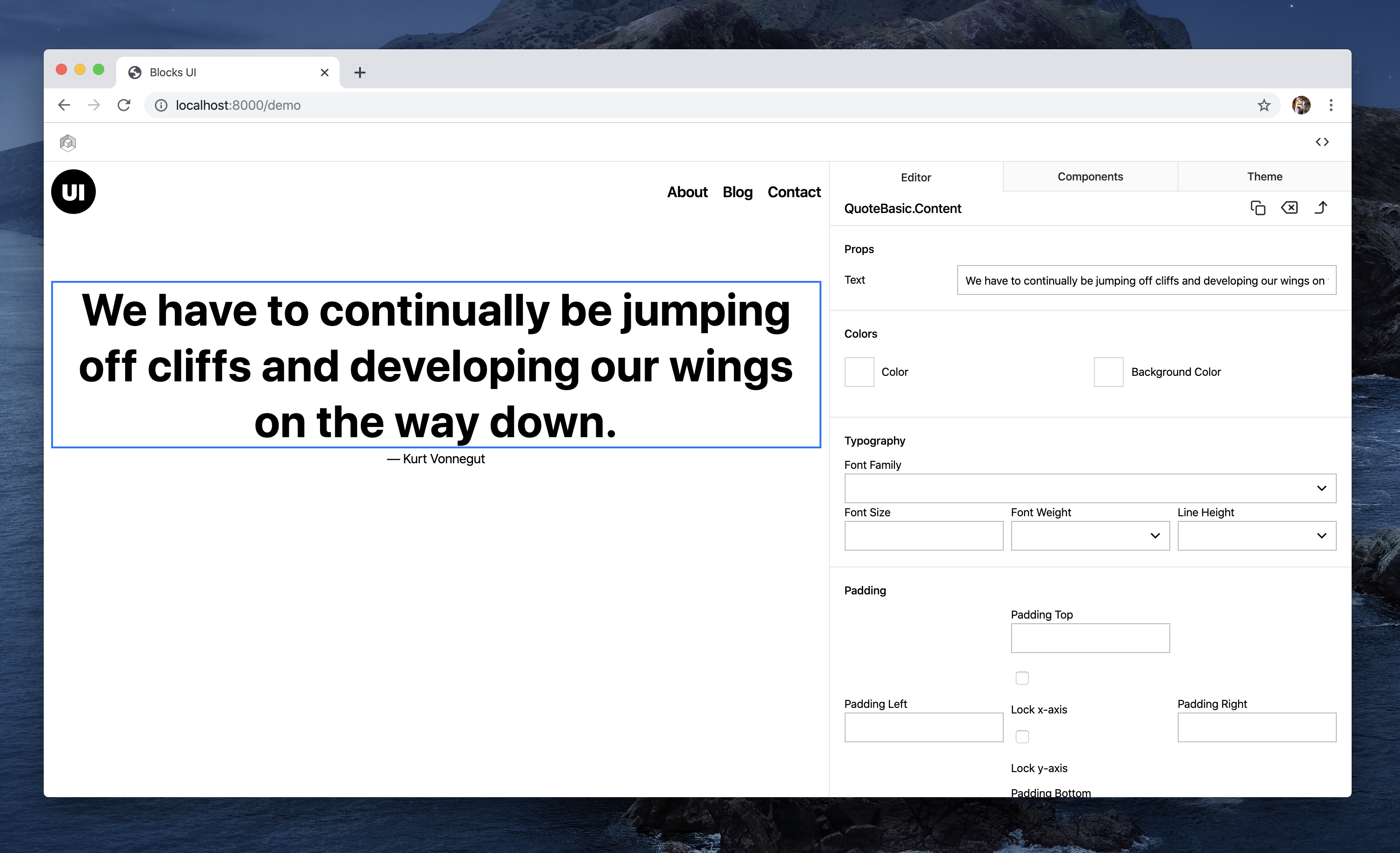 Need something lower level to manipulate JSX in your own design or development tool? Use the babel transforms and queries.

Do you want your own components in the editor? Build your own Blocks and pass them to the editor.

Do you want to drastically customize the UI? Eventually you will be able to use the plugin system (it's currently in the planning phases).

Do you use Bootstrap, Bulma, or some other CSS library rather than Theme UI? Build your own components and expose your own controls!

Read about the vision of the project →